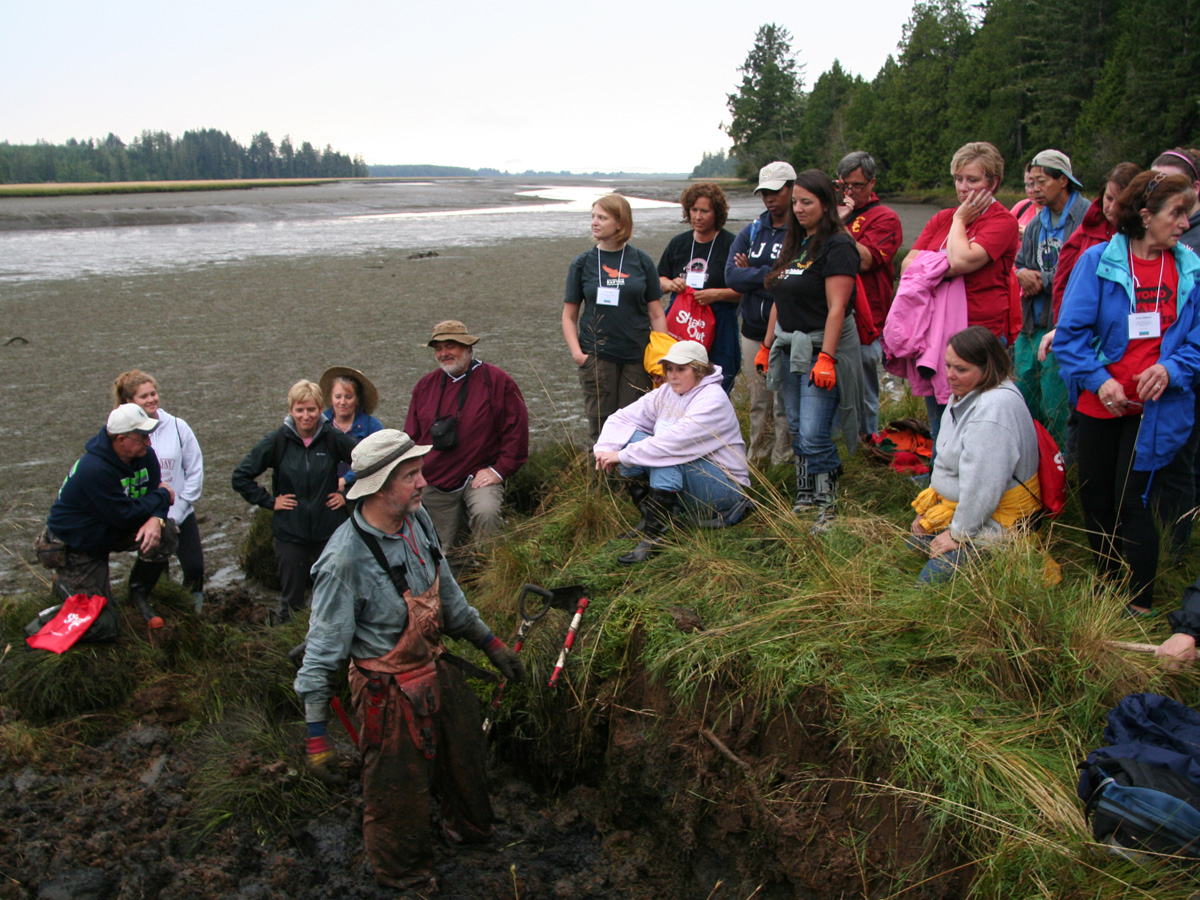 The same geological forces that form the spectacular beaches and headlands of the Pacific Northwest also threaten our lives and infrastructure with earthquakes and tsunamis.  Through a grant from the EarthScope Program of the National Science Foundation, CEETEP is helping to mitigate the effects of these potential disasters through collaboration building and professional development for K-12 teachers, park and museum interpreters, and emergency management outreach educators in communities along the Oregon and Washington coast.  See our Partner Organizations.

Professor of Geophysics
Department of Environmental Studies
University of Portland

Since 2004, Bob has led the Teachers on the Leading Edge (http://orgs.up.edu/totle) program of Earth science teacher professional development featuring EarthScope science and Cascadia geologic hazards.  Bob has been co-author of IRIS Recent Earthquakes Teachable Moments since 2009 and, with Jenda Johnson, has developed IRIS animations of earthquake processes.  In 2013, Bob was named Outstanding Professor of Science and Mathematics by the Oregon Academy of Science.

As the former Director of Education and Outreach at National Geographic, Nancee was responsible for technology initiatives, curriculum development, professional development, and signature education outreach programs.  At the OSU Hatfield Marine Science Center, she has been the Director of Education for Oregon Sea Grant and oversaw the Visitor Center and all K-12 education programs.  She is currently completing her Ph.D. in environmental science and geography education at Portland State University, with a focus on assessing adult learning.

Beth Pratt-Sitaula is a geoscience education specialist with particular experience in teacher preparation, undergraduate learning, and geohazards education. She has served as Co-Director of Teachers on the Leading Edge and held a joint position between the Geoscience and Science Education departments at Central Washington University. She is currently working on several UNAVCO education initiatives, including GEodesy Tools for Societal Issues (GETSI).

[withdrawn from the project but still a guilding light]

Bob is a free-lance writer, illustrator, and interpretive trainer, specializing in communicating park landscapes and their deeper meanings to the public. Bob was a Professor of Geosciences at Oregon State University from 1984 to 2011. He is author of “Whole Earth Geophysics: An Introductory Textbook for Geologists and Geophysicists” (Prentice Hall, 1999) and “Parks and Plates: The Geology of Our National Parks, Monuments, and Seashores” (W. W. Norton and Company, 2005). Bob is a Certified Interpretive Trainer through the National Association for Interpretation. From 2007 to 2011 he was the Manager of Education and Outreach for EarthScope.

Marlene Jasperson provides general support services for CEETEP and is typically the first point of contact for the participants. She coordinates the workshops and Share-a-Thon events, and provides support services to the CEETEP Principal Investigators. Marlene's primary job is to do administrative support for Visitor Center programs at the Hatfield Marine Science Center in Newport 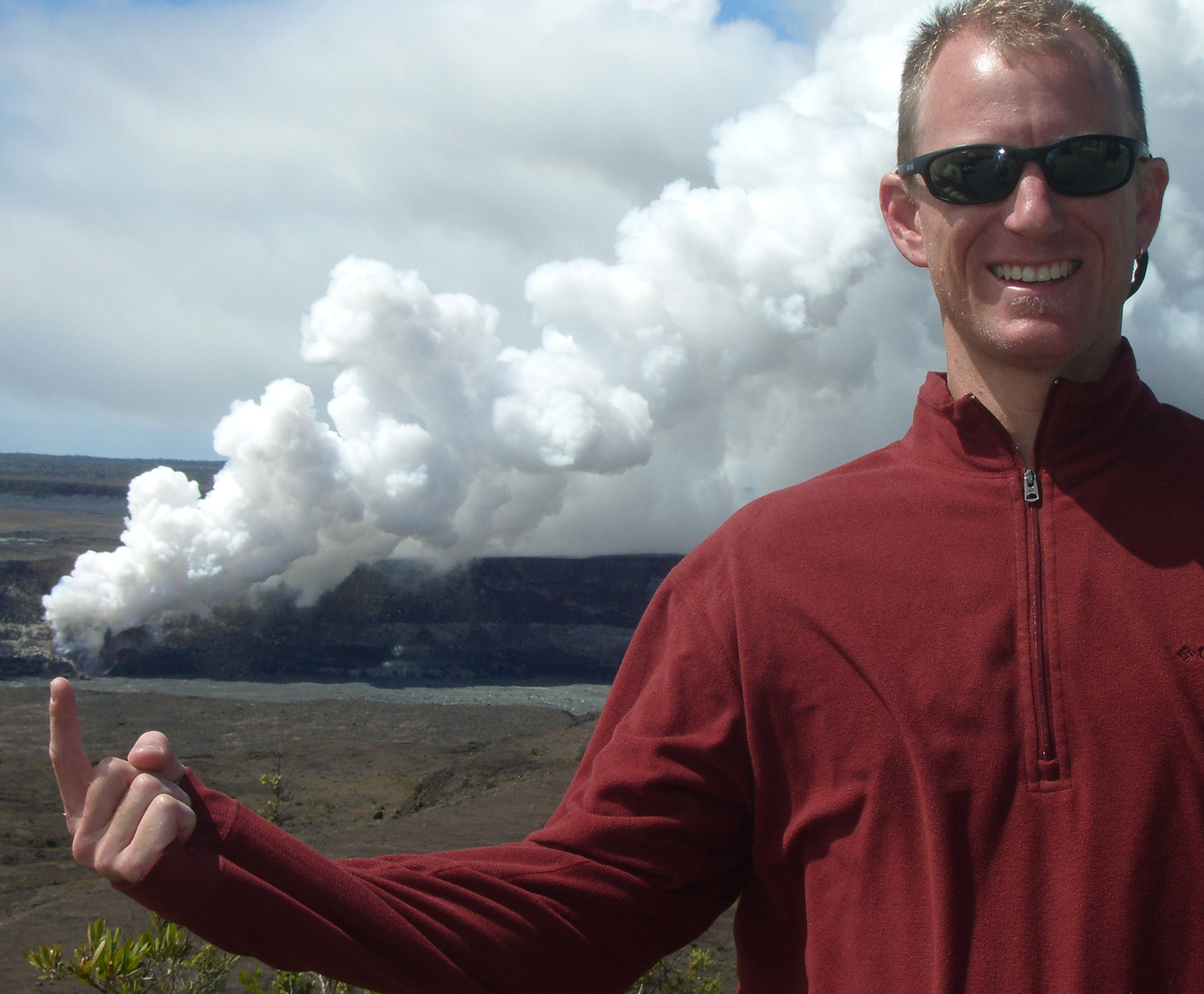 Roger Groom has taught all science subjects in grades 6-8 at Mt Tabor Middle School in Portland since 2000. He was the 2006 UNAVCO Master Teacher in Boulder, Colorado, where he developed middle-school curricula related to GPS and Episodic Tremor and Slip. Roger also received the 2008 Outstanding Earth Science Teacher in the Pacific Northwest Award from the National Association of Geoscience Teachers.

Bonnie Magura has an M.A.T. and taught middle school science in Portland Public Schools for 20 years. She has also taught workshops and University level professional development courses for teachers for over 15 years. She is a recipient of Oregon Science Teacher Association’s State Science Teacher of the Year Award and the National Science Foundation’s National Presidential Award for Excellence in Math and Science Teaching. Bonnie now works as an educational consultant. For CEETEP she serves as a master teacher and has developed workshop activities and lesson plans.

Susan Graves has served the Lincoln County School District on the Oregon Coast as Safety Coordinator since 2001. She is a nationally recognized expert on school emergency management, earthquakes and tsunamis, and serves as a trainer for U. S. Department of Education, Community Emergency Response Teams (CERT), and the Federal Emergency Management Agency (FEMA). [CEETEP August 2013 workshop presenter]

Brynné Walker is the Tsunami Program Coordinator for Washington State Emergency Management Division. She obtained an undergraduate degree from San Jose State University with a Bachelor of Science degree in Earth Science and a minor in Atmospheric and Seismic Hazards. She currently works with coastal communities on Tsunami preparedness running programs such as the Disaster Response Training Program for Hotels/ Motels, and the Low Income Weather Radio Program. Brynne has functioned in multiple capacities at WA EMD, including tsunami outreach and preparedness and hazard mitigation grant administration. [CEETEP August and October 2014 workshop presenter]

Brian Atwater is a geologist with the U.S. Geological Survey and an affiliate professor at the University of Washington. His research has contributed to today's consensus that the Cascadia Subduction Zone produces great earthquakes and associated tsunamis. He also helped identify the geologic traces of unusually large tsunamis in Japan, Chile, Thailand, and the Caribbean. He coauthored a USGS book on Japanese written records of the 1700 Cascadia tsunami and adapted, for UNESCO, an Indonesian booklet on surviving near-field tsunamis.

Bob de Groot is the Education Programs Manager for the Southern California Earthquake Center, an NSF and USGS Center headquartered at the University of Southern California. Under his leadership he established Earthquake Education and Public Information Centers (EPIcenters), a network of informal learning institutions devoted to enhancing earthquake education programs and exhibits. Dr. de Groot has nine years of classroom experience as a chemistry educator at the secondary and university levels and has worked as an informal educator at the California Science Center in Los Angeles and Lowell Observatory in Flagstaff, Arizona. As a researcher, his work has taken him into the lab and the field to study stratospheric ice clouds, river ecology, the active faults of California, and enzyme biochemistry.

Jenda Johnson was public outreach coordinator for the High Lava Plains Seismic Experiment in eastern Oregon and adjoining states from 2004 to 2008. Since 2006, she has worked on geology and hazards-related computer animations, graphic design, videography, and digital resource production for the Teachers on the Leading Edge project, Incorporated Research Institutions for Seismology (IRIS), and UNAVCO.